I am a professional translator and reviewer for German and English into Galician and Spanish. After graduating in Translation and Interpreting from the University of Vigo, Spain, in 1998, I moved to Germany where I worked as a commercial assistant and translator in the sector of mechanical engineering. I have been working now over the past twenty years as an independent translator. Most of my translations so far have dealt with corporate and technical documentation, including localization of web pages, as well as product marketing. As to proofreading Galician and Spanish texts, I have specialized mainly in Arts and Architecture. I have also translated several literary works into Galician, such as “O perfume” by Patrick Süskind (Kalandraka, 2021) and “Verbo da teoría da relatividade restrinxida e xeral” by Albert Einstein (Consello da Cultura Galega, 2017). I also keep tight contact with the University of Vigo, since I am a part-time lecturer teaching general and specialized translation from German into Galician and Spanish. 2015, I obtained my PhD in Translation with European Mention (summa cum laude) at the University of Vigo. Being part of the research group FRASESPAL, at the University of Santiago de Compostela, we published 2013 “Idiomatik Deutsch-Spanisch” with Buske Verlag, Hamburg, a dictionary of idioms containing over 35 000 entries in German and their correspondences in Spanish. Being a member of the board of the Galician Association of Translators and Interpreters (AGPTI), I was appointed president in 2012 and held this position until early 2016. November 2016, I joined as a part-time worker the co-op Catro Ventos Editora, a publishing house specialised in ecology, conscient consumption and human rights. My main duties involve editing and translation, but as co-owner, I also participate in decision-making and business development.

Galician Association of Translators and Interpreters 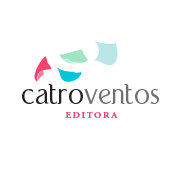